Issue 2021, 3: Cities and Migration in the New Post-Pandemic Normal

The international health emergency has weakened the relationship between immigration and globalisation which historically had global cities as a meeting place. The pandemic has had an unprecedented impact on the dynamics of international economic migration. In the industrialized States, there has been a decline in new arrivals and some resident immigrants have decided to return to their countries of origin. Global cities, never so dark, deserted, and silent, have become the iconic representation of the crises produced by the pandemic.

The virus has created a tension between its borderless spread and the principle of national territorial sovereignty as a locus of political responsibility. We are witnessing a technological breakthrough that changes the space-time relationship. New modes of communication have broken down the traditional schematic frontiers of physical and political geography. The rapid spread of the virus has shown that the international order – hitherto based on borders and the political-territorial areas defined by them – is now struggling to cope with an unstable world with complex, transnational problems. The international health emergency has marked the beginning of a new glocal era. The infinitely large has a direct relationship with the infinitely small, which can challenge the world.

In this “disorderly” globe, our society no longer has the boundaries that made it stable and immobile. The concept of space and time is changing in the international geopolitical landscape, but also in everyday life, from homes to offices, from urban spaces to suburbs. Faced with the network of bits connecting everything across physical frontiers, the architecture of cities and places of living and working will have to adapt to new urban planning and new ways of experiencing space.

A change of era seems to have taken place. We are probably entering a new world, but with the old instruments of power management. The question of who should be given the task of innovating them cannot be avoided. Catherine Wihtol de Wenden’s contribution dwells on this aspect. In her analysis of the historical relationship between immigration and global cities, she sees the latter as protagonists even in the new post-pandemic normality. In a new world increasingly characterised by the weakening of nation-states and traditional intermediate bodies (e.g., trade unions), the network of global cities can make it possible to experiment with innovative transnational, multilevel decision making processes capable of responding to the complex glocal challenges of the post-pandemic era.

Carlos Moreno believes in the potential of a transnational network of global cities, especially regarding sustainability and human mobility, and in his contribution, he outlines the characteristics of future urban spaces. The model he proposed in the aftermath of COP21 in Paris is the so-called 15-minute city, implying a shift from urban planning to urban life planning. This means transforming the space of the city into a polycentric reality based on four main components (proximity, diversity, density, and ubiquity), offering essential urban social functions such as living, working, leisure or personal care activities, within a short distance, i.e., a few minutes.

The need to redesign the urban planning of our cities in the post-pandemic phase is also shared by Shaikh Mujibur Rehman, who in his contribution analyses the disruptive effects of the pandemic in the megalopolis of New Delhi. In the Indian capital, the spread of the virus has underlined and accelerated pre-existing conflicts, discrimination, as well as social and territorial inequalities between rural and urban areas. For these reasons, in the new post-pandemic normality, the author proposes to rethink and invest in city public services, considering local issues (neighbourhoods populated by millions of people) and global issues that connect New Delhi to large international urban agglomerations.

This special issue of “Glocalism” includes a contribution by Giuseppe Terranova, who analyses how the pandemic has affected the relationship between cities, immigration, and globalisation from a geopolitical perspective. The author emphasises the risk that in the new post-pandemic normality, the gap may widen in urban spaces between the social segments that will benefit from the modernisation processes accelerated by the pandemic, and those that will be penalised.

This complex transition scenario could represent an opportunity to relaunch the role of cities in the glocalised world, through a process of innovation destined to change the paradigms of power management on a local and global scale.

This special issue of “Glocalism” has been prepared with the support of the Erasmus+ Programme of the European Union. In particular, it is a joint initiative between the Jean Monnet Center of Excellence Integration of Migrants in Europe (IntoME – 620910-EPP-1-2020-1-IT-EPPJMO-CoE – http://www.intome.eu) and “Glocalism: Journal of Culture, Politics and Innovation” (https://glocalismjournal.org). The European Commission support for the production of this publication does not constitute an endorsement of its contents, which reflect the views of authors only. The European Commission cannot be held responsible for any use which may be made of the information contained therein. 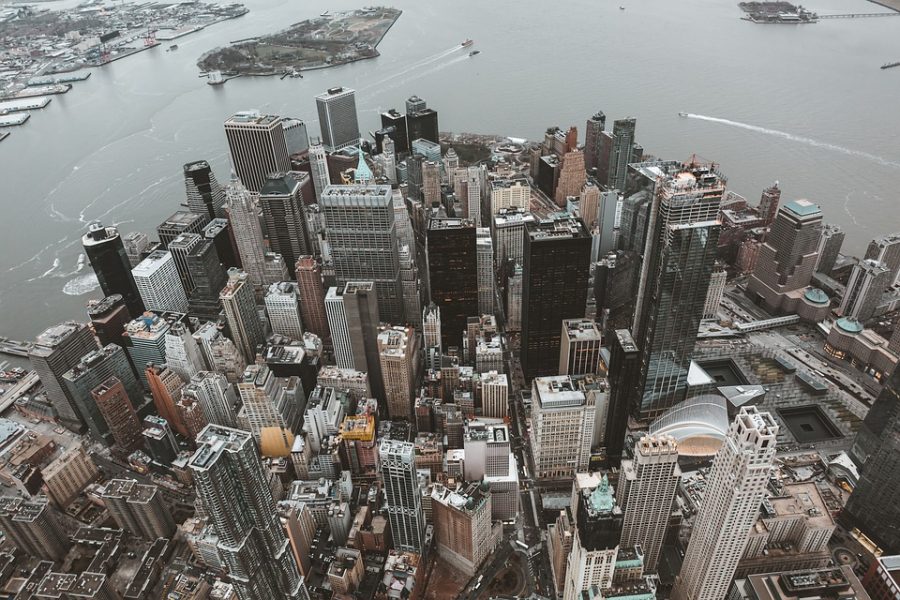 Living in Proximity in a Living City
Marzo 7, 2022 by Carlos Moreno in ISSUE 2021,3: CITIES AND MIGRATION IN THE NEW POST-PANDEMIC NORMAL - In the Spotlight
Read more
Share 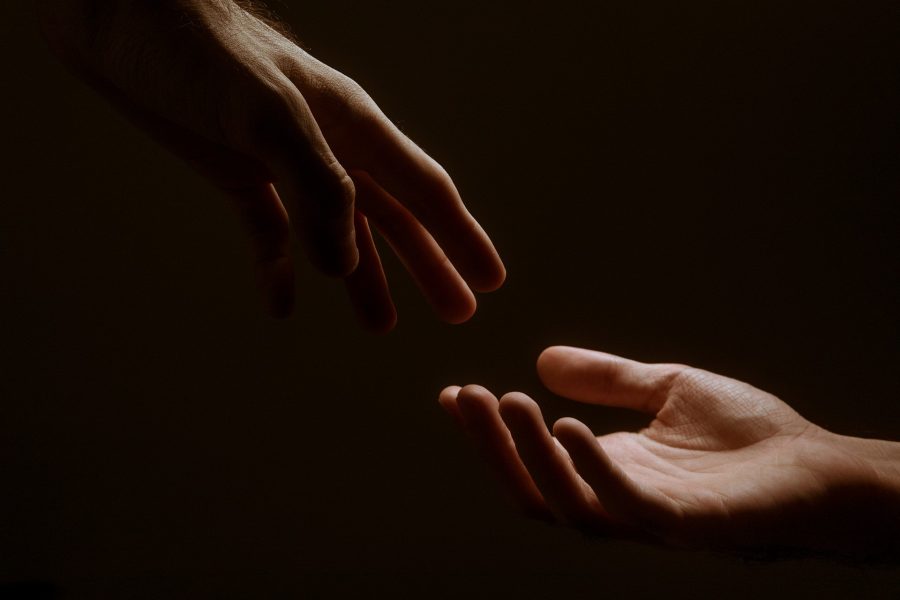 Cities and Migration: an Overview
Marzo 7, 2022 by Catherine Withol De Wenden in ISSUE 2021,3: CITIES AND MIGRATION IN THE NEW POST-PANDEMIC NORMAL - In the Spotlight
Read more
Share 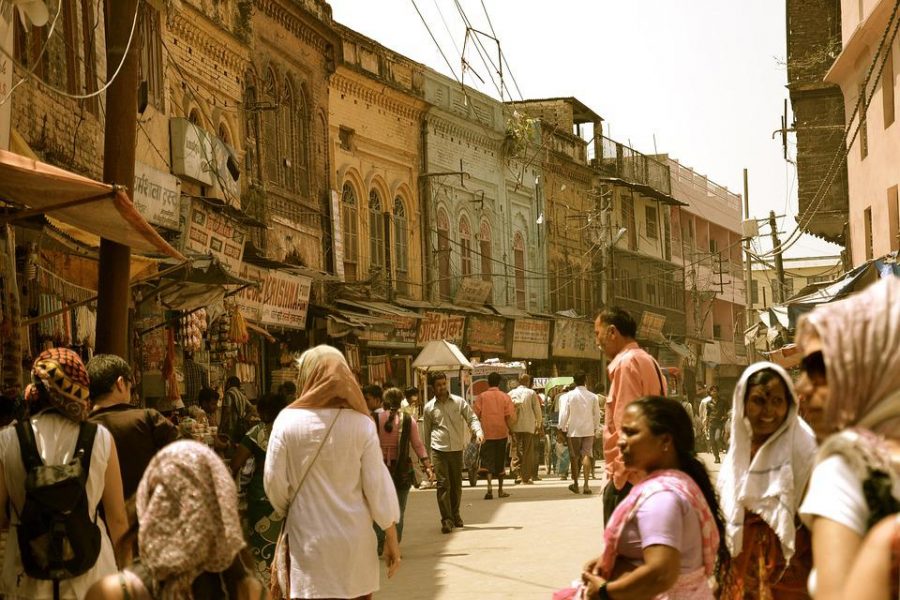 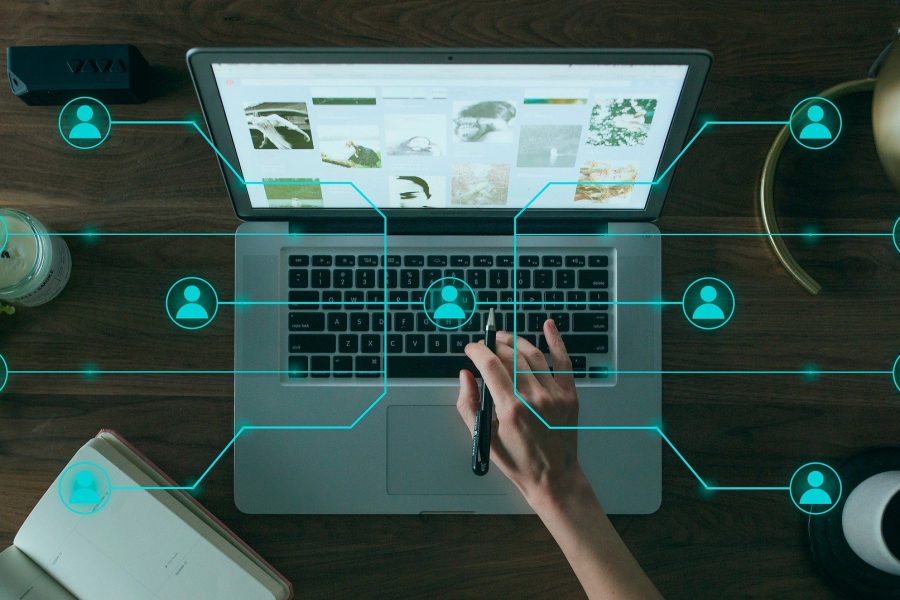 The New Frontiers of Urban Space in a Glocal World: between Pandemic and Immigration
Marzo 7, 2022 by Giuseppe Terranova in ISSUE 2021,3: CITIES AND MIGRATION IN THE NEW POST-PANDEMIC NORMAL - Articles
Read more
Share 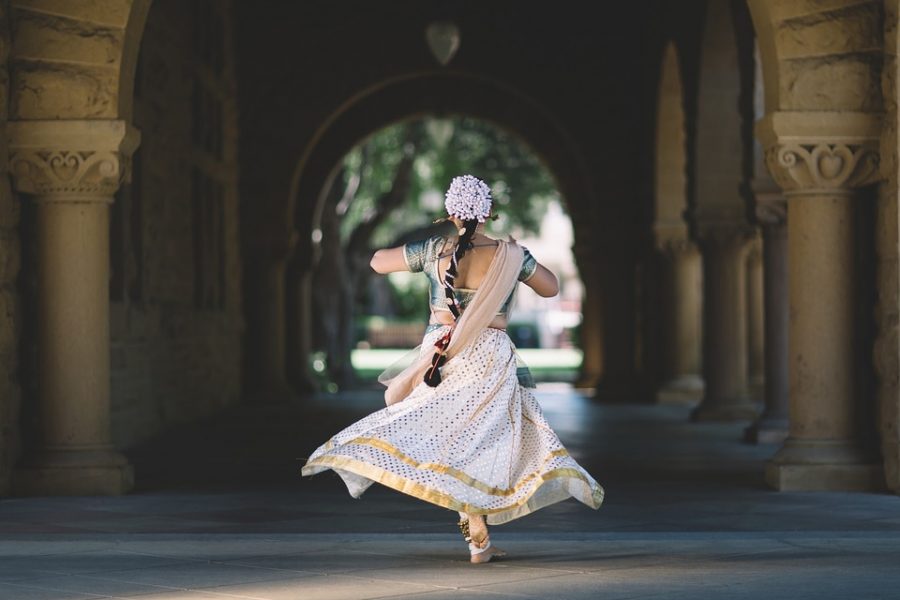 Impact of Globalization on Communication and Culture: the Indian Scenario
Marzo 9, 2022 by Debanjana Nag in ISSUE 2021,3: CITIES AND MIGRATION IN THE NEW POST-PANDEMIC NORMAL - Other essays
Read more
Share 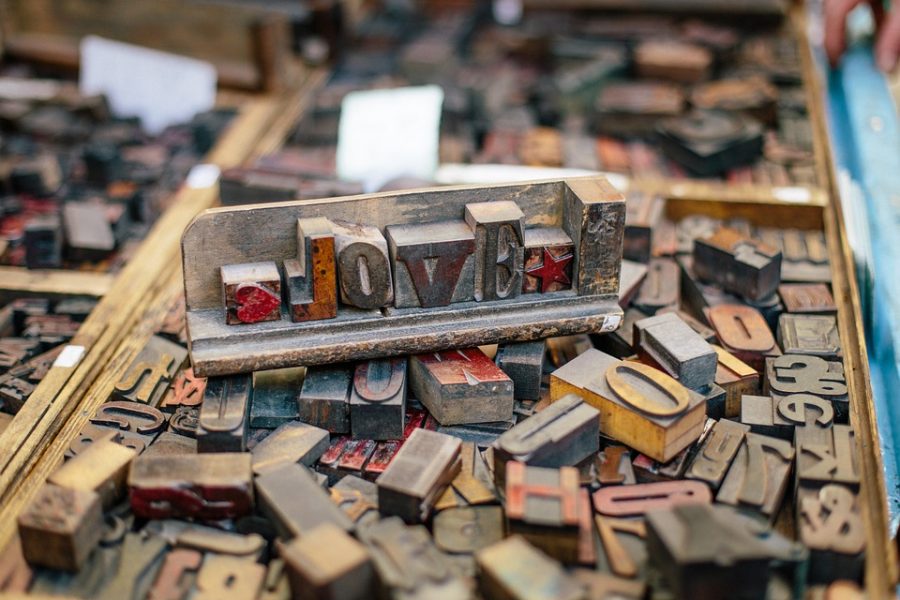 Defining the Role of Public Relations in India’s Foreign Policy
Marzo 9, 2022 by Mona Gupta in ISSUE 2021,3: CITIES AND MIGRATION IN THE NEW POST-PANDEMIC NORMAL - Other essays
Read more
Share 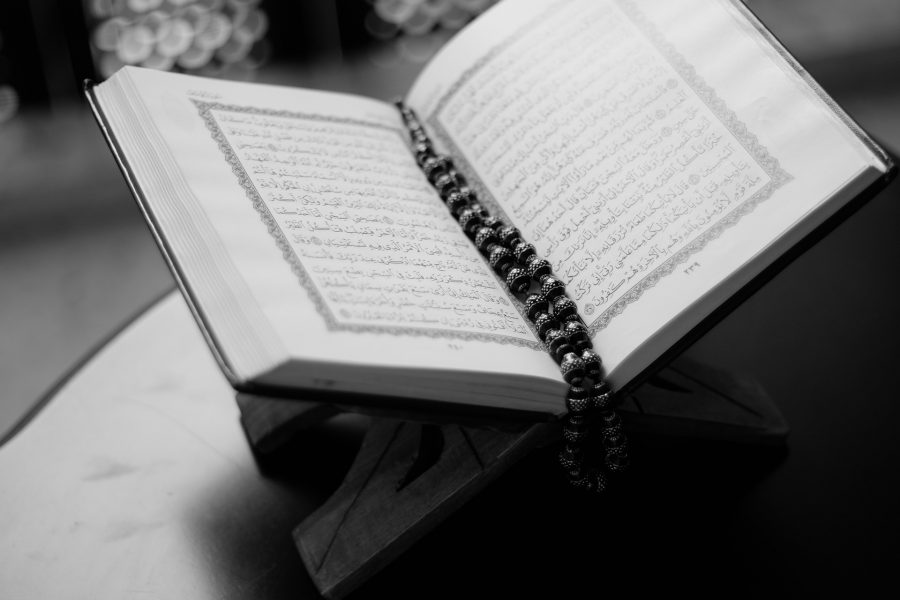 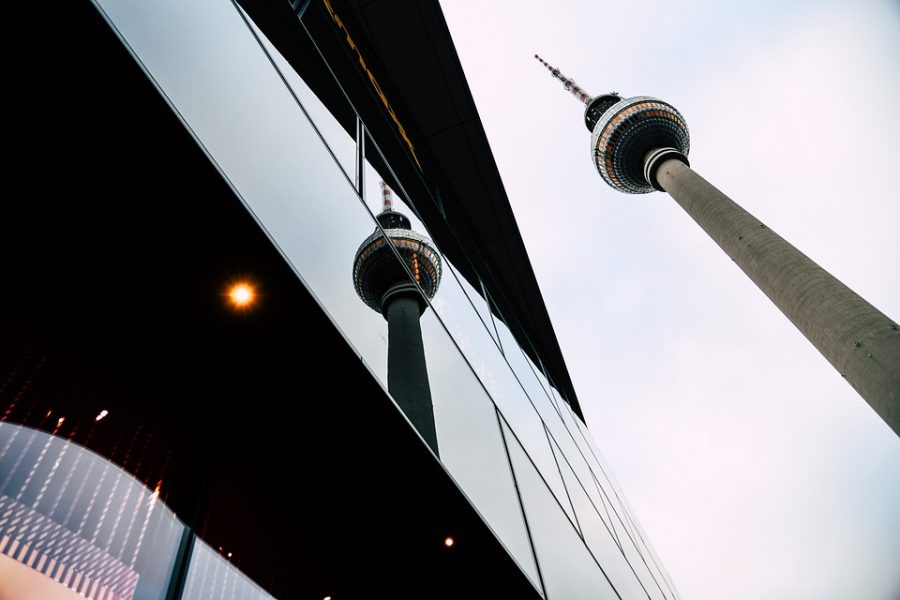 “Reimagining Capitalism: how Business can Save the World” by Rebecca Henderson
Marzo 9, 2022 by Fausto Corvino in ISSUE 2021,3: CITIES AND MIGRATION IN THE NEW POST-PANDEMIC NORMAL - The latest books
Read more
Share 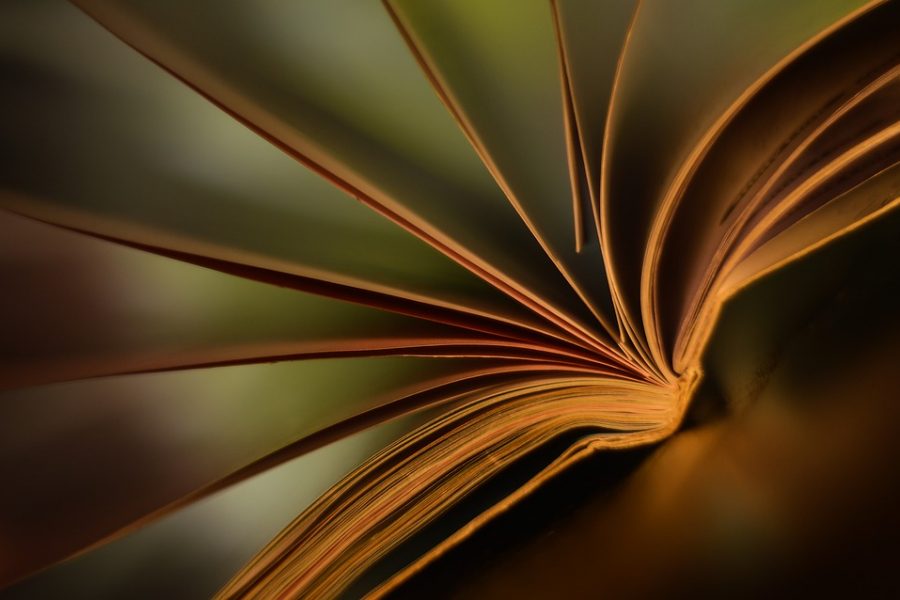 "Global cities have historically been the symbolic meeting place of the longstanding relationship between immigration and globalization..." Read the article by
Giuseppe Terranova for Glocalism 👉🏻https://glocalismjournal.org/the-new-frontiers-of-urban-space-in-a-glocal-world-between-pandemic-and-immigration/

"The continued uncertainty about the post-pandemic era and the transformation of cities has clearly provoked new thinking about changes in urban life..." Read the article by Shaikh Mujibur Rehman for Glocalism 👉🏻https://glocalismjournal.org/explaining-post-pandemic-indian-cities-some-reflections-on-new-dehli/